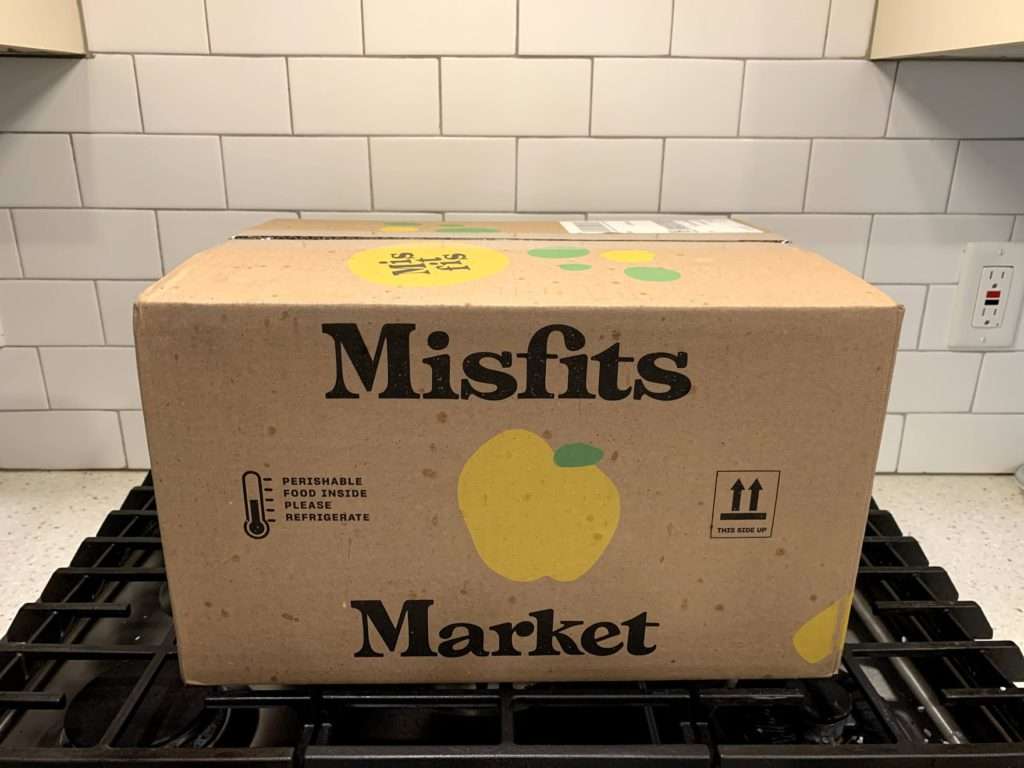 I’ll admit it. I was skeptical that I would know what to do once the first box of weird, misshapen fruits and vegetables from Misfits Market arrived at my door. I am not what most people would call a “food guy.” I watched Ugly Delicious, I figured Bourdain was probably a good hang, and I know when something tastes dope, but was I ready to prepare anything myself? That remained to be seen.

I subscribed to Misfits Markets because I hated walking into the co-op or grocery store and being overwhelmed by the unknown.
African cucumber? Jicama?

Hell, I’m just getting comfortable with Kale in my smoothies. I certainly wasn’t ready to buy any of this on my own. I jumped at the opportunity to use a concierge grocery store service and expand my taste pallet. The fact that they promote eco-packing and source their offerings directly from farms from around the country made what they had even more appealing.

My first box, the Mischief, arrived and just as advertised: the offerings were atypical.
Granted, they weren’t as weird as I thought they might be. It wasn’t like they sent me orangish bananas and yellow grapefruits. Instead, I found things a bit misshaped, a tad over or undersized, and a bit beat up—no big deal. 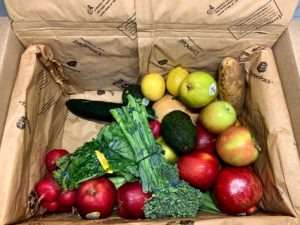 Once I cut them up or prepared them, my logic was: what they looked like out of the box didn’t matter too much. Case and point: one of the offerings in my box was a gigantic zucchini. What the hell was I going to do with zucchini this size?
I went online and found that Misfits Market runs a blog with recipes for a lot of their offerings. The Zucchini Feta Bread recipe called for three cups of grated zucchini, so I got out a shredder and got to work. The concept was simple, like banana bread, but with zucchini and more savory.
The good news is that I found a relatively simple recipe to match every item I pulled out of the box. From there, it was just plug-and-play.

Another great thing about using Misfits Market is that it removes some of the grocery store complications. I am not even talking about the current complications of mask-wearing, people-proximity, and supply chain frustrations, but the more typical ones of “What do I do with that?”

I used to be the type of shopper who stuck to granny smith apples, maybe a half dozen bananas, a few potatoes, and the bags of lettuce that always seemed to be wilted by the time I got around to making a “salad” (greens + cheese + ranch dressing = salad, yes?). Misfits Market is doing something pretty cool: introducing me to new things and providing me with an opportunity to put them into my weekly diet.

Scallions? Beets? Plums? Never had I ever. At least not until Misfits Market dropped them at my door.

I’ve received nearly a month’s worth now. The only thing I am still trying to work out is what the hell I am supposed to do with fennel. If you have any suggestions, let me know. I am just a guy with many new fruits and vegetables (and the old standbys too!) looking for fun ways to eat healthier and help cut down on food waste.
I recommend Misfits Market to anyone who finds themselves in a similar boat. You won’t regret it.