A Brief History of Wearable Technology 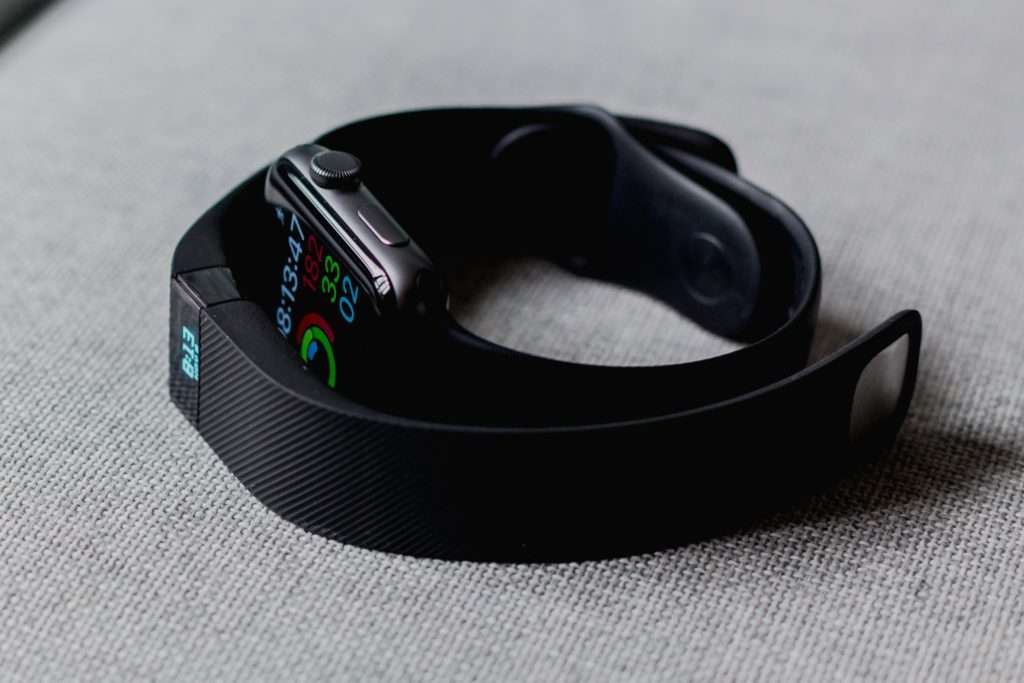 Da Vinci sketches from the 15th century show that Renaissance thinkers had their eyes on the next big thing: wearable technology. Often credited with drawing the first pedometer, Da Vinci wanted the same thing anyone contemplating a new smartwatch or Fitbit does: information.
In Da Vinci’s case, he wanted troop movement data and step counts to draw better maps for the kingdom. Your reasoning for purchasing a new wearable may be far less “for the good of the empire” and more “for my own personal well being.”
Tracking the rise of wearable technology is a who’s who of famous inventors and thinkers. From Da Vinci, through Europe’s renowned watchmakers like Leon Breitling and across the Atlantic, to Thomas Jefferson. All in pursuit of better data to help make users more efficient.

Why do we wear smart technology on our wrists?

Sometime around World War I, the British made watches, or wristlets, a war gear requirement. A soldier not pulling a timepiece out of a pocket is a soldier who is better equipped to shoot the enemy. Watches soon became symbols of courage and honor. Simultaneously, as watches took off, scientists were busy cracking the code on Galvanic Skin Response (GSR), measuring skin sweat levels. When combined, these two features are staples of every smartwatch on the market today.
By the 1960s, it seemed inevitable that Smartwatches would replace telephones as the main form of communication. Seen in Bond movies and on TV programs like Get Smart, the wristwatch as wearable spy tech didn’t seem high tech as much as commonplace, not a question of if, but when.

The rise and size of computers and phones

And suddenly, just as inevitable as the watch seemed, then, it wasn’t. Instead, technology companies spent their R&D budgets on other things. First, companies like Microsoft and Apple worked to perfect the personal computer. Then companies like Blackberry moved to transform the phone into a smaller version of the computer. Companies like Garmin sprung up offering GPS technology to track locations across devices and satellites. Next, technology and communication companies–Google, Samsung, Apple– sought ways to make phones bigger. Finally, after a winding road, they started looking into ways to make phones, basically small computers. They wanted to make them pocket-sized.
It’s no surprise that once again, inventors realized that wearing something on your wrist is more manageable than pulling it out of your pocket. By the early 2000s, wearable technology was on the upswing. Created in 2007, Fitbit capitalized on putting small sensors into wearable devices and voila– the rise of wearables began.

The Steve Jobs’ of it all

Despite passing away nearly four years before the Apple Watch release, it’s hard to imagine a scenario where Steve Jobs didn’t foresee where technology would end up again. In his final years, Jobs faced myriad health challenges. One of the most common sources of frustration was a lack of data and communication between his doctors, his results, and his treatments.
Smartwatches and wearable technology offer something that inventors as far back as Da Vinci sought: the data to make wise decisions. As companies like Fitbit, Garmin, and Apple make more significant allocations to their wearable technologies, they seek to fill two very different spaces.
On the one hand, some consumers love the GPS, fitness-goal-setting, and premium workout features. These users are typically younger and seeking ways to maximize their exercise to extract as much value from their run or swim as possible. However, a different set of users find wearable technology as the solution to their health monitoring issues. With increased accuracy in heart-rate tracking and oxygen level monitoring, wearable technology provides users with data that they can use to guide conversations with their doctors.

What’s next in Wearable Technology?

Just as in fashion, it seems that even technology is somewhat cyclical. As designers and inventors try to think of what’s next, maybe they are better suited to looking behind them to identify what was as a means of predicting what’s to come.
Whether we are talking into our shoes or wearing microclimates on our heads, who knows what comes next. One thing for sure, though, we probably will still be wearing something on our wrist.